Distillation Column Internal Process in the Oil and Gas Sector

Let’s look at the process of distillation column internals.

A distillation column comprises a series of stacked plates. A liquid feed that consists of a mixture of multiple liquids enters the column at one or various points. The liquid passes over the plates, and vapor bubbles up through liquid through the plate holes. Now, as the liquid passes down the column, it encounters the vapor many times due to the several plates.

The distillation column’s base has a significant amount of liquid comprising mostly the liquid with a higher boiling point. Some volume of liquid passes from the base. Part of it is heated in a re-boiler and sent back to the column.

Some amount of the vapor escapes from the column’s top and is sent back to a liquid state in the condenser. The liquid that returns to the column is termed reflux, and the remaining one is called the distillate. Both vapor and liquid phases on a particular plate reach thermal pressure and composition equilibrium. However, the extent of the equilibrium depends on the plate’s efficiency.

The hot mixture is pumped into the bottom. The tower works as a heat exchanger. It removes heat from vapors, some of which re-condense into the liquids and fall back down the column.

The temperature gradually reduces as you move up the column. Hydrocarbons of various types condense at different heights. The heaviest naturally settle at the bottom, and the lightest float at the top. The procedure thus results in converting the product into its original form.

Based in the industrial hub of Pune, S-Cube has a vast clientele to which it provides distillation column solutions as well as services. The company has successfully completed various products worldwide and has built itself the reputation of being a trustworthy and sustainable distillation column internals manufacturer.

Call +919960400912 or write to sales@s3dist.in to know more about distillation column internals solutions of S-Cube. 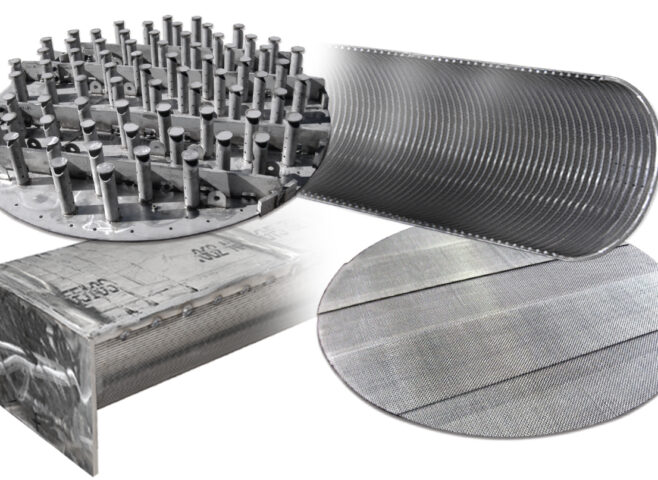 Column Internals and Their Components